Well christmas was fun and games, Having to close on Christmas Eve and Open on Post Christmas day was shitty. So my Holiday flew right by me but still spent time with family and got some nice gifts. Including a dandy new USB Cam!! Now I can Stream Live Video!

Now Severe Studios. I registered with them oh, almost a week ago now. Still waiting on freaking approval. Is there 10,000 people signing up for Severe Studios? My GOD! I didn't expect it to take this long.

December 26th. BIG WEATHER DAY! Yeah right.... I should have gone with my original forecast like I said the first time.. Linear Bullshit and thats what happened. But hey it is December and I just got a new cam so I stayed up all night for fucking nothing... I still think the SPC is on crack. The shear was not there for tornadoes. Way unidirectional. I got all mixed up into all the hype this set up got. I don't understand why December 8th didn't get this much attention. Hell at least there were supercells and they were before midnight.

I would like to bring up something that really pisses me off. We all experience it. Some of us everyday some of us every now and then.. I like to call them Fucking Idiots AKA Bad Drivers.
I don't know why the hell they think they could possibly be in more of a hurry then me. Cutting me off from the shoulder, Cutting acrross 3 lanes to make a fucking exit, riding my ass, coming to a complete stop just to turn the damn steering wheel( Hey thanks for stopping traffic so you could pull into that damn McDonalds) . Whats even worse. The person who is oblivious that there is a tornado coming right at you and they are going 30 mph on a 70 mph highway. To me speed signs mean shit when there is a tornado 1/2 mile away and coming at you. This happend to me 04-23-2009. Like I said earlier. Fucking Idiots. Really though there are too many bad drivers out there. It just really really gets under my skin.

UPDATE!!
Well I have still have been smoke free for a WEEK.. This is the first time in over 2 years I have been able to go this long with out ANY tobacco! I feel so much better. I actually wake up with energy. I still get cravings but nothing like I did after the first couple of days. All I have to say is that it is all a mind game and you just need to quit. It sucks. I have managed to be at the Gas Station to buy a drink and not ask for some smokes. I have a pride when I walk out of the building that I am winning the war!

Hope everybody has a safe and happy new year!
Posted by MesoSearch.net at 8:15 PM 2 comments:

Send your own ElfYourself eCards

Well last night I gave up... I hate quitting but this was it.
Last night before I went to be. I was standing by the dinner table looking down at my pack of cigarettes. I was disgusted by them.. My life was being controlled by a damn paper stick filled with cancerous material. I counted them. There were 7 of them left. 7 is the number of God. I felt like it was a sign that it was time to stop.. So I stood over the toilet and broke each one in half and flushed them.. Shit belongs in the toilet so that's why these went there.. I will be honest sometimes I enjoy a fine tobacco product. I have been smoking since I was 15 and I am 23 now.. I have a whole life ahead of me.. Just think what I could spend all the extra money on, extra gear, more chases, ect.. Plus my health..
I am always scared I am just going to fall over and die from smoking.. No more will I live with all that. I am really done for good. Cold Turkey. If anybody else want to try and quit with me we can act as a support for each other. I have tried quitting before but this time it feels like it will be easier.

I will be posting another blog late tonight about driving around DFW.. It should be a good read
Posted by MesoSearch.net at 11:11 AM 3 comments:

Well another round of cold air is currently making its way into North Texas today. Temps yesterday were pushing 80F!!! Todays High will be in the Upper 60's for most of North Texas and by 7pm will be in the 40's and dropping rapidly! Winds will start coming out of the North early this afternoon and will be gusty. The real cold air won't arrive until this evening though. Lows tonight will be from the low 20s along the Red River region and upper 20's and low 30's around the DFW area. Highs tomorrow will be chilly. We will be lucky to see it get out of the 30's!!


Here is RUC model for 7pm tonight really starting to show the cold air move in!

Posted by MesoSearch.net at 9:28 AM No comments:

This isn't really weather related but it ticks me off..

So I am at work yesterday and this guys comes in. He asked to look at the GPS units. We get to talking a little bit. He asked me how often I use GPS. I told him I use it quite a bit for storm chasing. His face lights up and he says " I love watching that show on Discovery Channel ". I asked him what side he liked, Josh Wurmans or Reed Timmers. He said the guys in the Grey Tahoe ( Reeds Team). I said "Reed is a good guy and fun to chase with. We have chased a couple of times together this year before the start of the filming of the show." Well to make a long story short the guy basically looks at me like I am a liar and said in a round about way "why would a Storm Chaser who has chased with somebody like Reed Timmer be working at a retail store"... Then he just started treating me like complete shit..

So before he left with the GPS I wrote down my addresses to my websites including this one.. So I hope he reads this.. ROFLMAO!! I am sure he probably threw them into the garbage.

People just don't get it.. With all the glam that the media puts out. They make us storm chasers look like we make an ass load of money chasing storms and that's all we do... As we all know allot of us have regular jobs. Yes.. Some of us do well at making a living out of chasing but we all know that's a long hard road to get to, that most of us will never see.

The general public will never understand storm chasing. How it works, The people that do it, Why we do it, and whats put into it.. You know what. I am glad it's that way. I am proud to be part of something that not just anybody can do.. I don't need to watch the 5 o'clock news to see what the weather is going to do.

Damn I hate Winter it makes me a dick.
Posted by MesoSearch.net at 4:02 PM 1 comment: 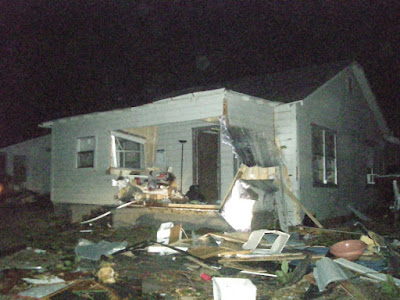 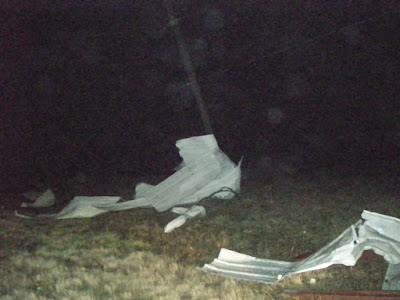 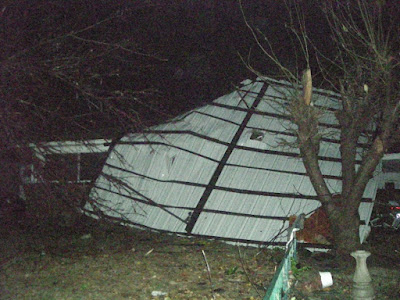